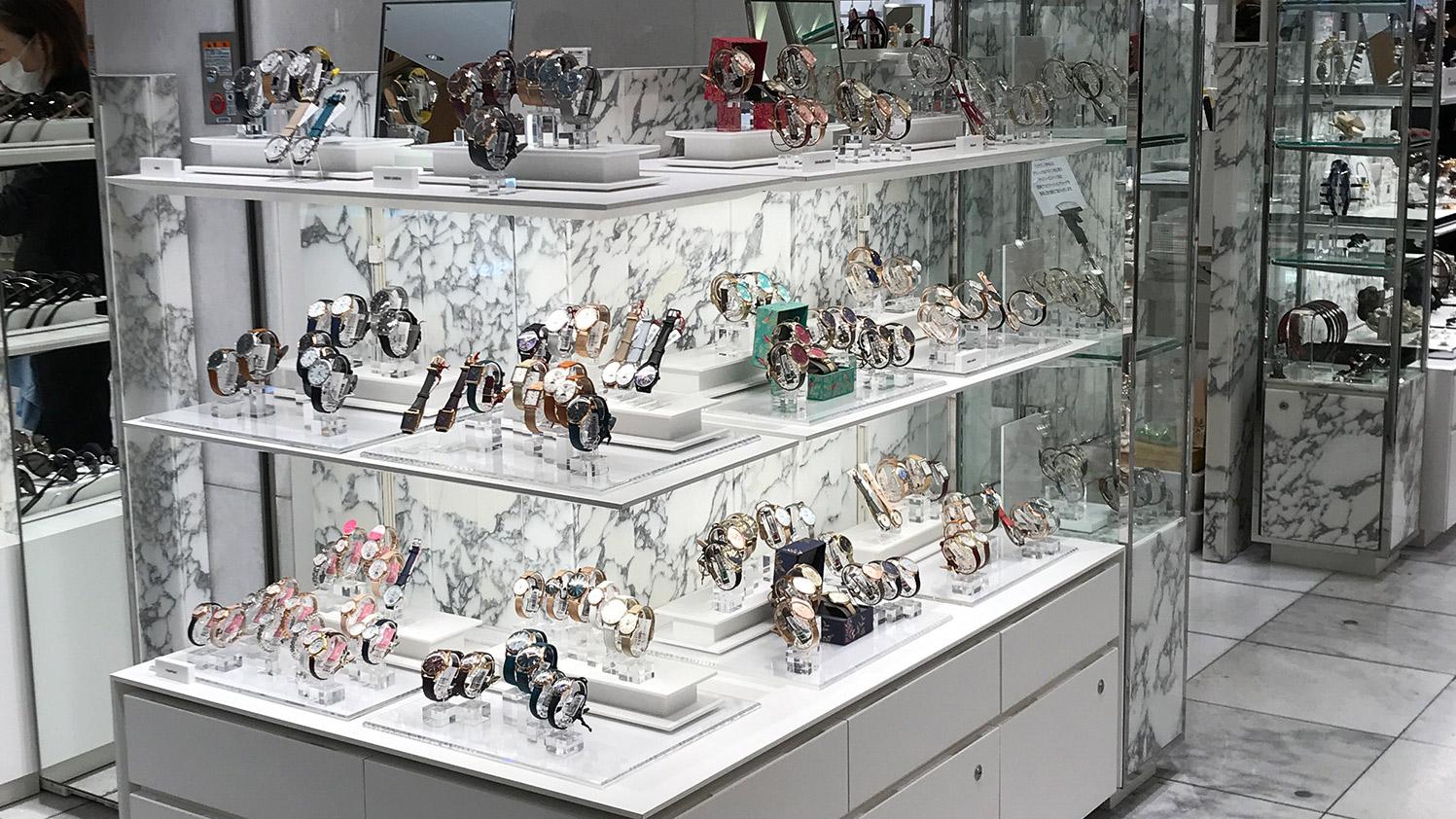 Ueni Trading opened a section specializing in branded watches at Isetan Shinjuku in September 2014. The company's track record was recognized, and in September 2020, a permanent watch section was opened in Nihonbashi Mitsukoshi as well. The sales planning of the company has been highly regarded, even in the face of emerging offline sales methods such as online shopping. We spoke with Mr. Sugiyama, the Manager of the Department Store Division.

-So, you've been selling fashion watches at Isetan Shinjuku since 2014.

There were no department stores that handled fashion watches back then. In fact, only a few watches were handled. Most of them were imported luxury watches or basic clocks. However, Isetan Shinjuku decided to start a sales section for watches, and they contacted Ueni Trading. There were cases of watch sections being placed in buildings dedicated to fashion, but not in department stores. Of course, we were also treading into unknown territory.

-I heard that the first exhibition was a great success.

The sales section that was prepared for us was on the first floor, which is expected to garner the most sales in the department store. I heard that many companies were considered for that coveted position. The result was Ueni Trading, a well-established large firm that carries several brands while being flexible. The first brand that the company exhibited at the department store is no longer available, but a brand called LAMER COLLECTIONS performed exceptionally well in its first week. Later results were recognized, and popup shops of several brands like SARA MILLER LONDON and HENRY LONDON all performed above the target in one week. SARA MILLER LONDON in particular was able to achieve the highest ever popup shop revenue in the history of the division, which is a phenomenal record. 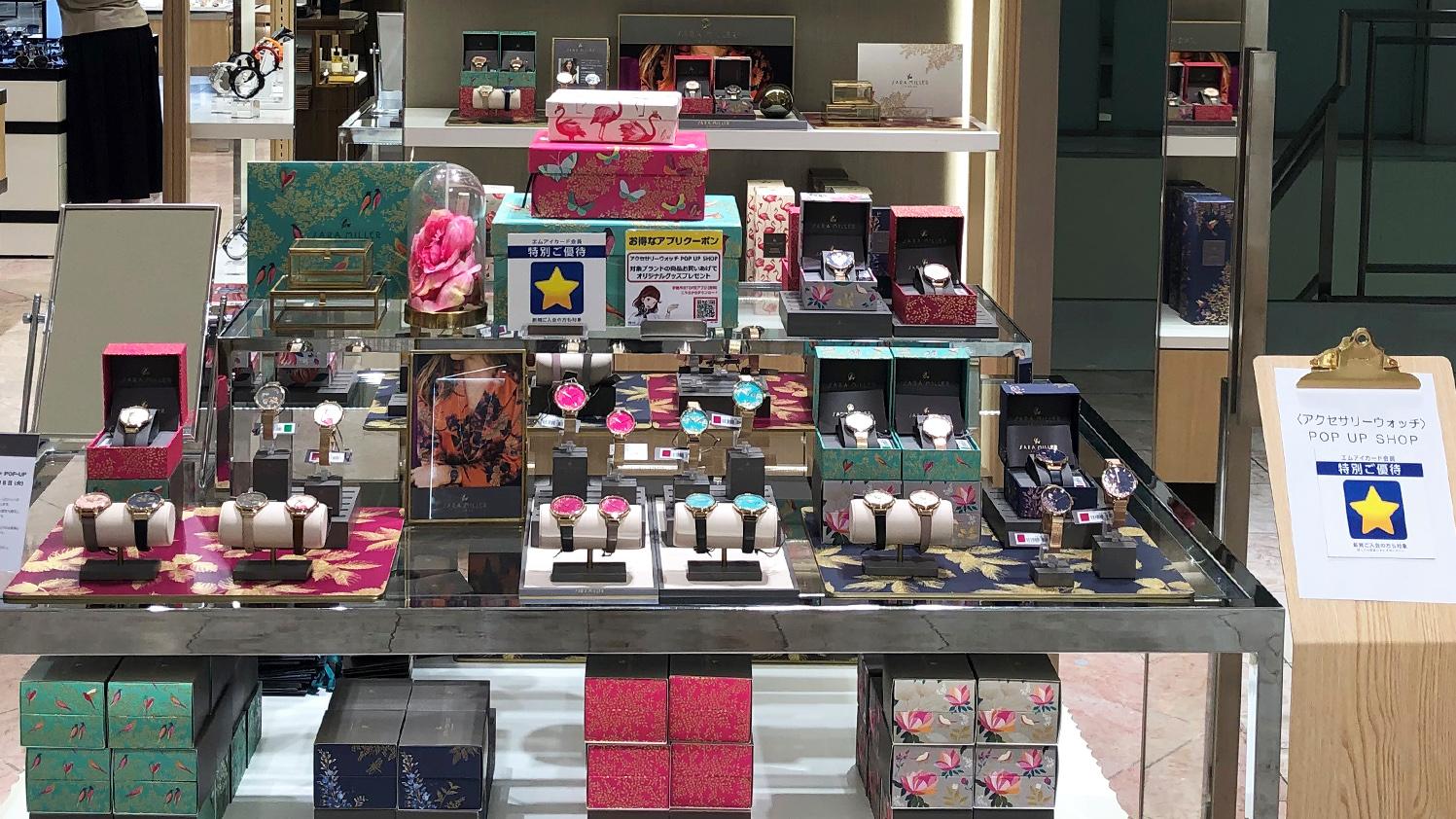 -I heard that Ueni Trading has four perspectives that are essential in creating a sales section.

Ueni Trading has been in charge of the fashion watch sales section since 2016, when operations were handed off from the predecessor company. As a company that has successfully carried out many exhibitions, we value four perspectives in particular: products/product planning, presentation, advertising, and sales promotions. If the customer is not satisfied, it won't lead to them purchasing the products, and simply placing the product out for everyone to see, in other words bad presentation, won't attract customers to the section. The lack of advertising will also impact customer attraction. If any one of these factors is missing, the sales plan fails.

-What's the secret to success?

For the sales staff on-site that interact directly with the customers, sales promotion and hooks are critical. If the only point that can be explained to the customer is the appearance and price, then there's a lack of communication. However, the situation is different if the product or experience is one-of-a-kind. For example, with HENRY LONDON, we offered in-store engraving services. Simply doing that can add to the conversation by asking things like, "Would you like to engrave your grandchildren's name?" or "Would you like to engrave the name of the place you used to live in?" From there, touching upon the customers' traits and tastes, gives an opportunity to expand the conversation further. It's important to not simply consume things, but to envision the combination of values. By multiplying a value with several other values, the value of the product increases exponentially. The product itself has value, but the sales strategy is about picking which values to match with it. 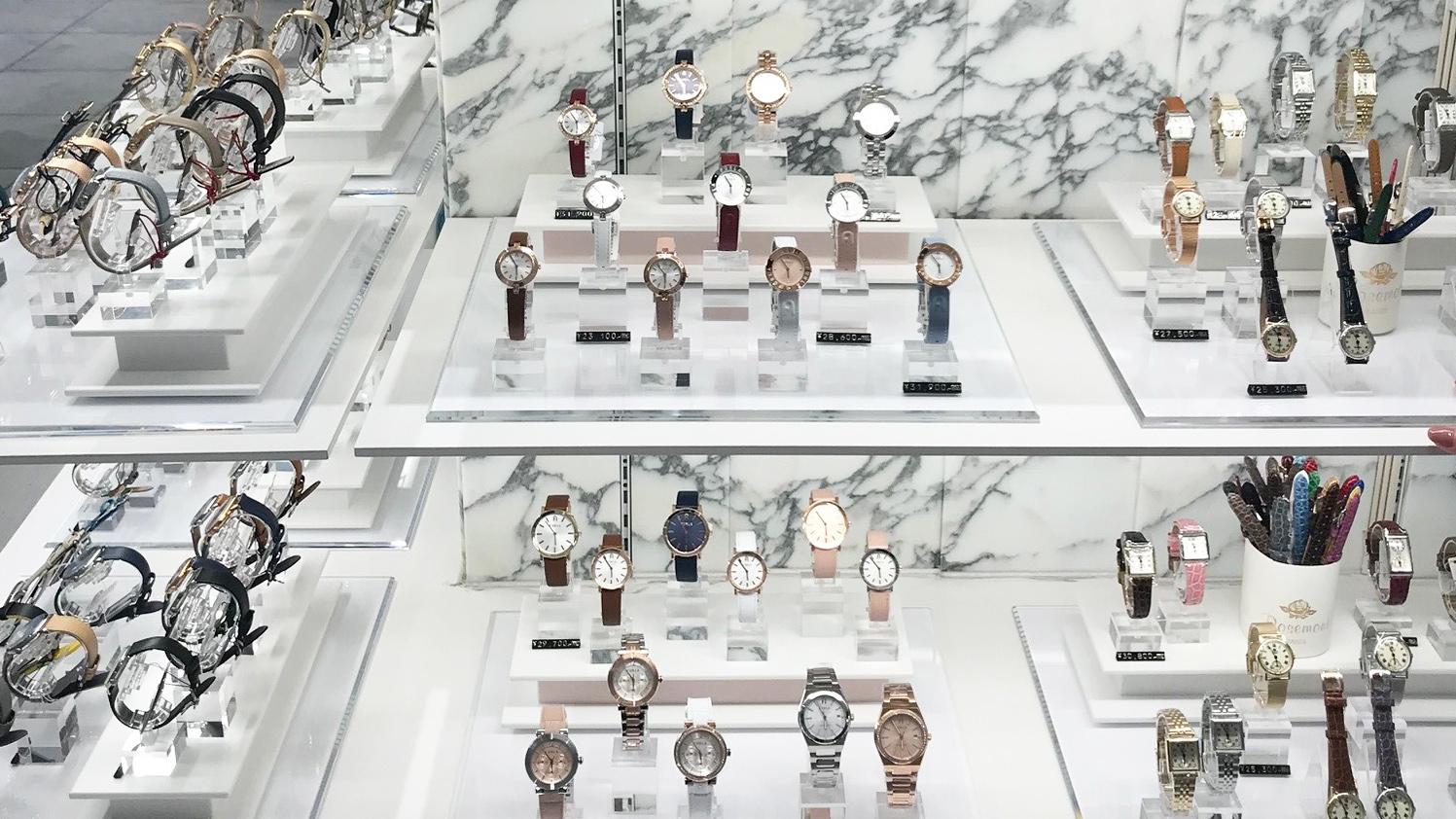 Sales of the FURLA WATCH began in October 2020

Providing value beyond "cool" features on the surface

-You opened a sales section in Nihombashi Mitsukoshi in September 2020.

Our track record was recognized, and the Merchandising Office of Isetan Mitsukoshi contacted us. It was decided that a watch sales section would be opened from September 30 to March 2021. Negotiations for the sales area resulted in a decision to place the section near the entrance, which is where many people pass by. Customer traffic in department stores, with the exception of the underground food section and the top-floor restaurants, is generally said to decline 30% for each floor above the ground floor. The ground floor is a highly popular area with items such as jewelry, cosmetics, bags, accessories, and women's merchandise. The section is also next to an escalator, which makes it a great area with lots of traffic expected. We're very particular about the location of the stores and only exhibit in department stores with the highest revenues because we believe location matters a lot. 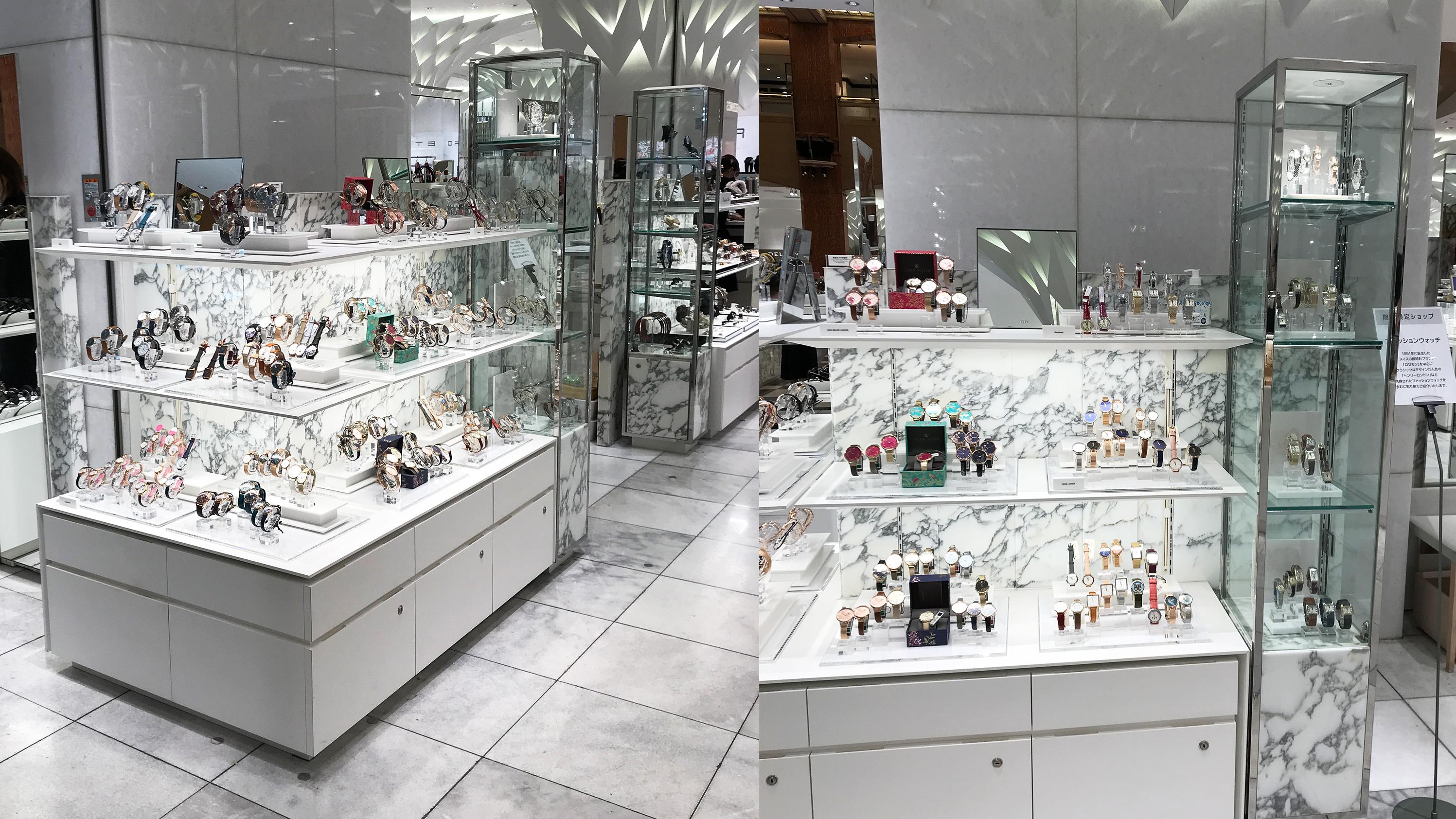 The watch exhibition at Nihonbashi Mitsukoshi

-Tell me about your plans for the future.

We plan on continuing to strengthen fashion watch sales. We believe hat we'll be able to increase brand loyalty not only by acting as a manufacturer, but also by opening popup stores in the prime areas located in cities such as Sapporo, Sendai, Tokyo, Nagoya, Osaka, and Fukuoka. We currently review our merchandising twice at the middle of each term and share our initiatives and strategies with the department stores. Companies without strategies are weeded out, so our goal is to focus on continuing the creation and combination of values to go beyond the "cool" features on the surface.